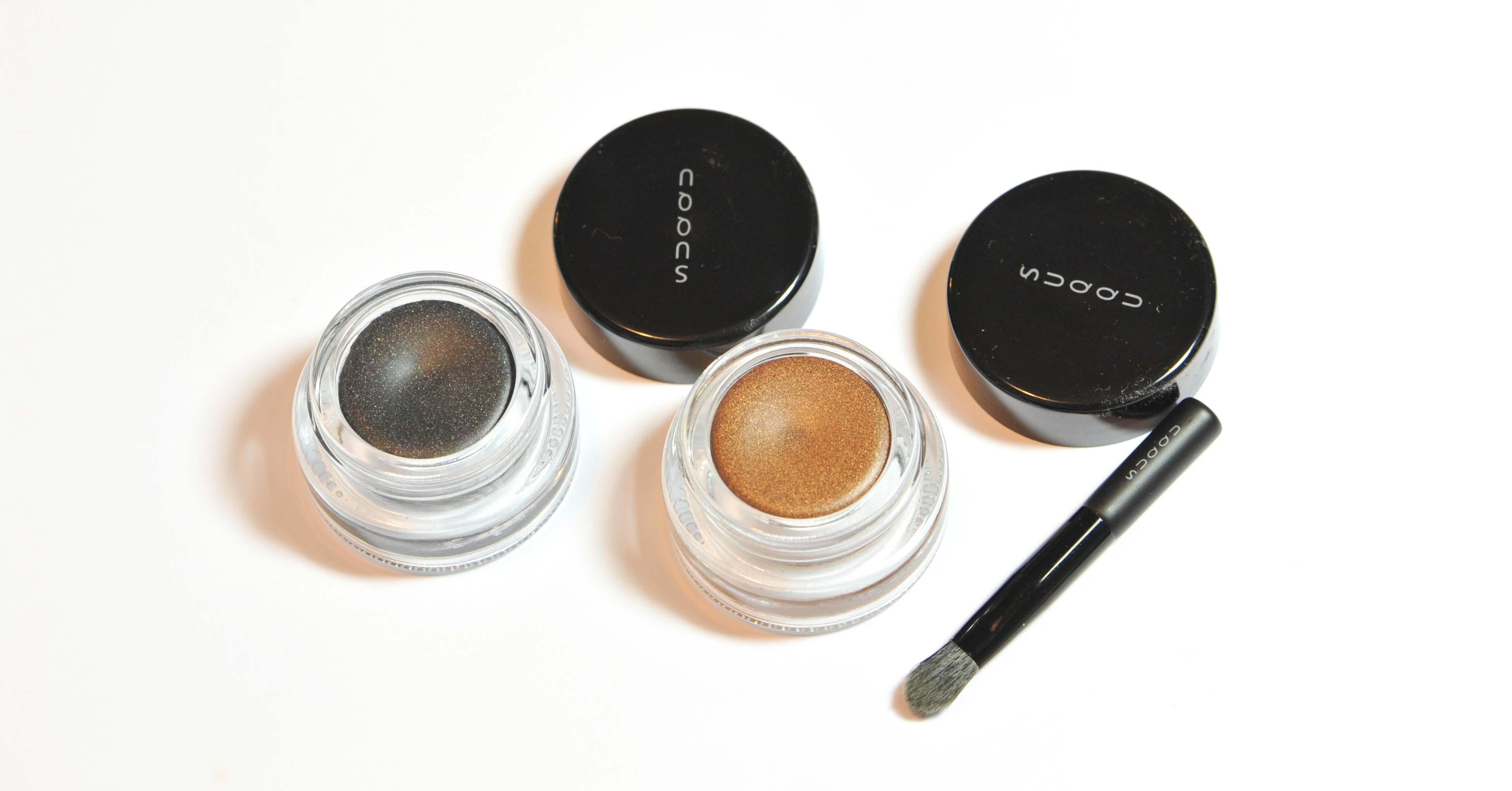 I am emerging from newborn chaos, only very slowly, what a difficult and sleep deprived couple of months! We have the most insane baby, she is super cute but wants to be awake all the time! also wants to be in my arms constantly which makes any attempt to write for more than 5 minutes a big failure. Doctor told me as soon as she hits the 5kg mark she will be better and he’s correct, she is just 5kg and finally starts showing signs of compliance and tranquility… 😀 Despite my tired eyes and lack of energy I have been using these Suqqu regularly and wanted to share some thoughts about them before it’s too late!

I received from Suqqu shades EX-03 and EX-05, which surely made me think of my beloved Dolce Gabbana Bronze and Stromboli. You have 4 g in the DG and 5 g in the Suqqu, the DG is made in Italy and the Suqqu made in Japan but the shade in the pots looks identical, the DG ends up being just a tiny bit bolder. The texture is very similar but the finish is different, the Suqqu becomes more see through and contains more micro sparkles that you can clearly notice more after application, the DG is a little bit more opaque (but also see through) and the micro sparkles are more subtle after application. Both type of sparkles don’t bother me at all, they are subtle enough to look elegant. When building them up to a few layers, the Suqqu offers more shine and looks more like a foiled layer when the DG “tints” the skin and melts into the skin. For some of us they will be identical products and even dupes, for others they will be totally different ones.

To really understand where the difference was, I had to wear DG on one eye and Suqqu on the other, only then it became obvious. My eyes looked similar, however the Suqqu looked sexier, more modern, more editorial, both very wearable for 40+ years old. The DG ended up a little patchy at the end of the day but the intensity lasted longer than the Suqqu. The Suqqu Nuance started creasing after a few hours and that’s my only regret, if you don’t wear a powder on top you may experience creasing, but, in spite of the creasing, the Suqqu eye still looked sexier and glossier! The DG eye had become a bit more dull.

I was wearing the dark grey as very thick liner smudged near the top and bottom lashes blended into the bronze applied on the mobile lid towards the crease just as it was recommended to me, very nice!  I really wanted to get also the Suqqu pink and beige taupe shades from the same collection but my order with Selfridges did not go through, I tried later but then the other items that I also wanted to order were sadly out of stock so I did not place it.

The Tom Ford Naked Bronze is also quite similar to these two but more of a liquid formula if I may say, more metallic and that TF really creases on me! The Suqqu and DG grey shades are also very close, the differences between both are exactly the same as mentioned above, and just like in the bronze shade, the multicoloured sparkles are bigger, more visible and there are more of them in the Suqqu. You can see the stains after trying to remove the swatches, they are bolder with the DG as they have a fantastic lasting power. Bottom line, I prefer how the Suqqu look on the eyes, if you are lucky enough to not have cream shadows crease then it’s even better. I find it difficult to beat DG, to me DG are the best creams on the market today but Suqqu makes the DG look a bit dull in comparison which I never thought possible, pros and cons for each!

I am here to unleash my passion and talk about brushes, the artisans, discover new brands and take you along with me in this captivating adventure.

This site uses Akismet to reduce spam. Learn how your comment data is processed.

Sweet. You found me.

A make-up brush is more than just a tool, specially when handcrafted and created by artisans, I write about the brushes, the artisans and share all about my passion. 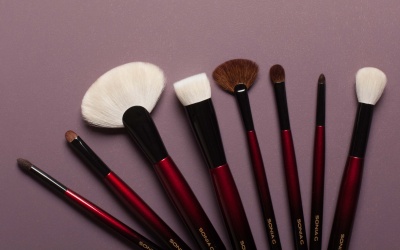 Our bright and dear Mel .... My heart is in pieces

The #fudematsuri is the biggest event to attend fo

Hi! How are you all doing? I hope that you are doi

We are entering the weekend and also the fall sale

✨#Gift✨ Some swatches of the Wayne Goss Nude

Thank you so much for all your messages and your i

I recently posted about the restock of the Soft Ch

Someone asked me what brushes I took on my trip an

On the go at the moment, always with my Travel Org

This Tuesday 10th of August at 10am PT we will hav

Hi again!! I just want to confirm that the Lotus s

The Lotus set is going to be available today at 10

So far the Lotus set launch is still planned for t

I love reading your messages and they made me want